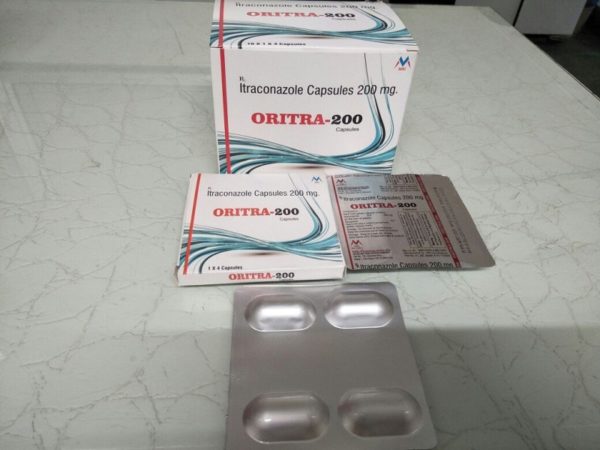 Be the first to review “ORITRA-200” Cancel reply

Itraconazole, is a triazole antifungal agent that is prescribed to patients with fungal infections. The drug may be given orally or intravenously.

Absorption
Absorbed from the GIT, capsule enhanced by acidic gastric environment or when taken with food; oral liquid better absorbed during fasting state. Peak plasma concentrations are achieved after 1.5-5 hours.

Distribution
Itraconazole is extensively bound (99.8%) to plasma protein. Widely distributed in skin, sebum, pus and other tissues and organs (higher concentrations compared to plasma). Small amounts are distributed in CSF and breast milk.

Excretion
Via urine or bile (as inactive metabolites), via faeces (3-18% as unchanged), stratum corneum and hair (small amounts); not removed by dialysis.