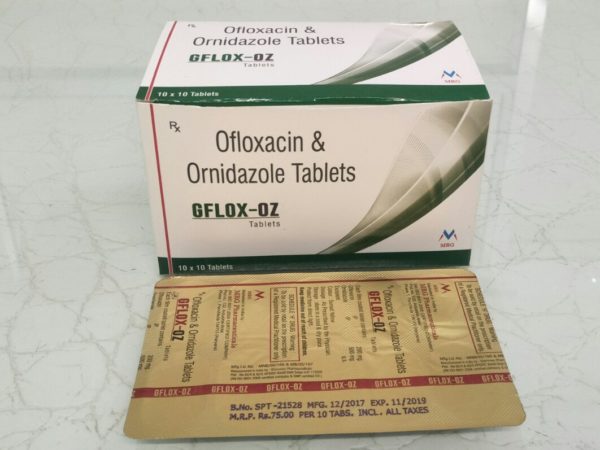 Be the first to review “GFLOX-OZ” Cancel reply

A combined formulation of antibiotics, are prescribed for the treatment of peridonitis, diarrhoea, dysentery, gingivitis and pelvic inflammatory disease.

Pharmacodynamics
Ornidazole:
Ornidazole reduce the nitro group to more reactive amine groups that interrupt with the formation of microbial DNA. The action of Ornidazole results in loss of helical structure and DNA breakdown.
Ofloxacin:
Ofloxacin inhibits the formation of bacterial DNA gyrase. Ofloxacin is effective against Mycobacterium species including M. leprae, M. tuberculosis and Chlamydia trachomatis.

Other Interactions
Do not consume alcohol while taking Ofloxacin Ornidazole