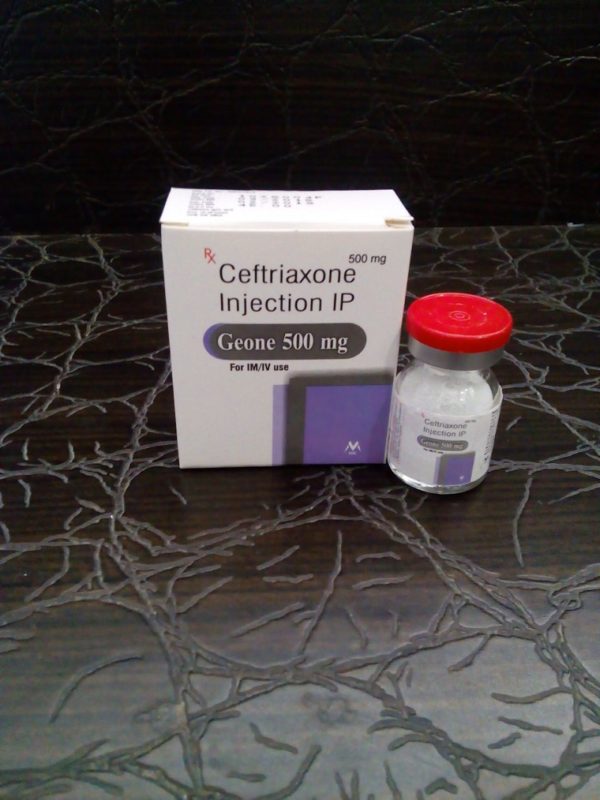 Be the first to review “GEONE-500” Cancel reply

Ceftriaxone is a third-generation cephalosporin antibiotic. Like other third-generation cephalosporins, it has broad spectrum activity against Gram positive and Gram negative bacteria. In most cases, it is considered to be equivalent to cefotaxime in terms of safety and efficacy. Ceftriaxone is often used (in combination, but not direct, with macrolide and/or aminoglycoside antibiotics) for the treatment of community-acquired or mild to moderate health care-associated pneumonia. It is also a choice drug for treatment of bacterial meningitis. In pediatrics, it is commonly used in febrile infants between 4 and 8 weeks of age who are admitted to the hospital to exclude sepsis. The dosage for acute ear infection in the very young is 50 mg/Kg IM, one dose only. It has also been used in the treatment of Lyme disease, typhoid fever and gonorrhea.